What is the 5G Access Gateway Function and how does it support Wireless Wireline Convergence (WWC)?

Wouldn’t it be great if you could have a seamless, unified experience whether you’re using a mobile network or a wireless/wired network? Well, it may be coming sooner than you think. Industry leaders are working together to define and standardize network elements so that operators can more easily embrace network convergence and make that dream a reality.

Historically, network convergence, commonly referred to as fixed-mobile convergence or FMC, has been challenging to implement properly. Prior to 5G, industry standards bodies operated independently of one another, tending to stay in their lane and specialize in specific networks or parts of the network. The 3rd Generation Partnership Project (3GPP) focused entirely on mobile networks, while CableLabs and Broadband Forum focused on fixed networks. This independence made it difficult for operators to find a widely accepted way to converge the two distinct networks. Additionally, most vendor products we’re readily equipped to manage the two networks under a unified ‘single-pane of glass’.

The collaboration of industry standards bodies including the Broadband Forum (BBF), the GSMA’s 3rd Generation Partnership Project (3GPP), and CableLabs signifies a stark change in the approach to convergence. The definition and adoption of a common core infrastructure supporting both fixed and wireless access will benefit the majority of operators, who are actively seeking new ways to revitalize margins and customer satisfaction. 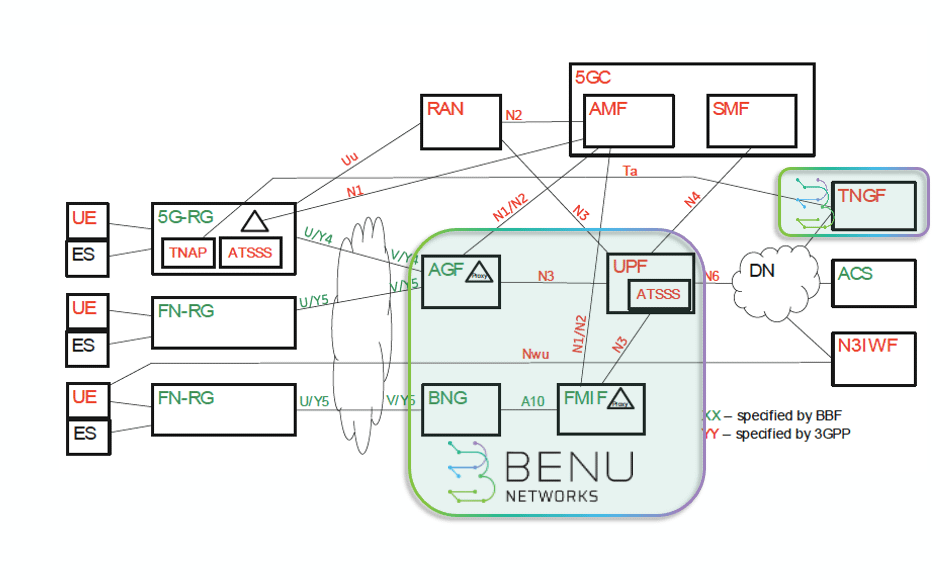 The 5G Access Gateway Function (AGF) definition is the result of a joint initiative between the Broadband Forum (BBF) and the GSMA’s 3rd Generation Partnership Project (3GPP). Similar to a BNG or BRAS, the AGF provides AAA services plus hierarchical traffic shaping and policing for fixed network (FN) and 5G residential gateways (RGs) being served from a standard 3GPP User Plane Function (UPF) within a common 5G Core (5GC).

This function, which resides between the wireline access infrastructure and wireless core network, allows connectivity to the 5G Core. The 5G core acts as the backbone infrastructure for services typically delivered via a wireline network.

Additionally, the 5G AGF function specification encourages the adoption of a 5G Service Based Architecture (SBA), where resources, such as the policy control function (PCF) and authentication server function (AUSF) can be shared across mobile, fixed wireless and wireline access networks. It also easily supports shared supporting infrastructure, such as the IP Multimedia Subsystem (IMS) for rich multimedia service delivery. 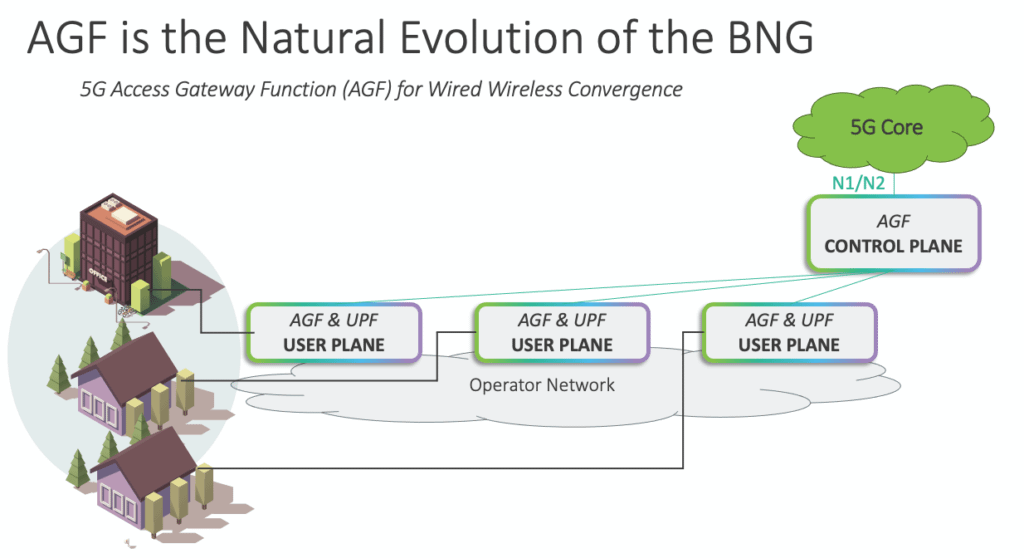 The Promise of WWC For Carriers and End Users

Adopting a common core infrastructure that supports both fixed and wireless access can streamline and simplify the network – architecture, management, service delivery, and all. The new converged network eliminates duplication of functions such as authentication, subscriber databases, charging, and network-management tools, and it allows for a common subscriber-management system.

The converged architecture offers ed-users the best Quality of Experience (QoE) possible by leveraging the best of mobile and fixed networks. Users can also bundle wireless and wireline bandwidth to create one logical link that provides increased speed and better Quality of Service (QoS) and reliability.