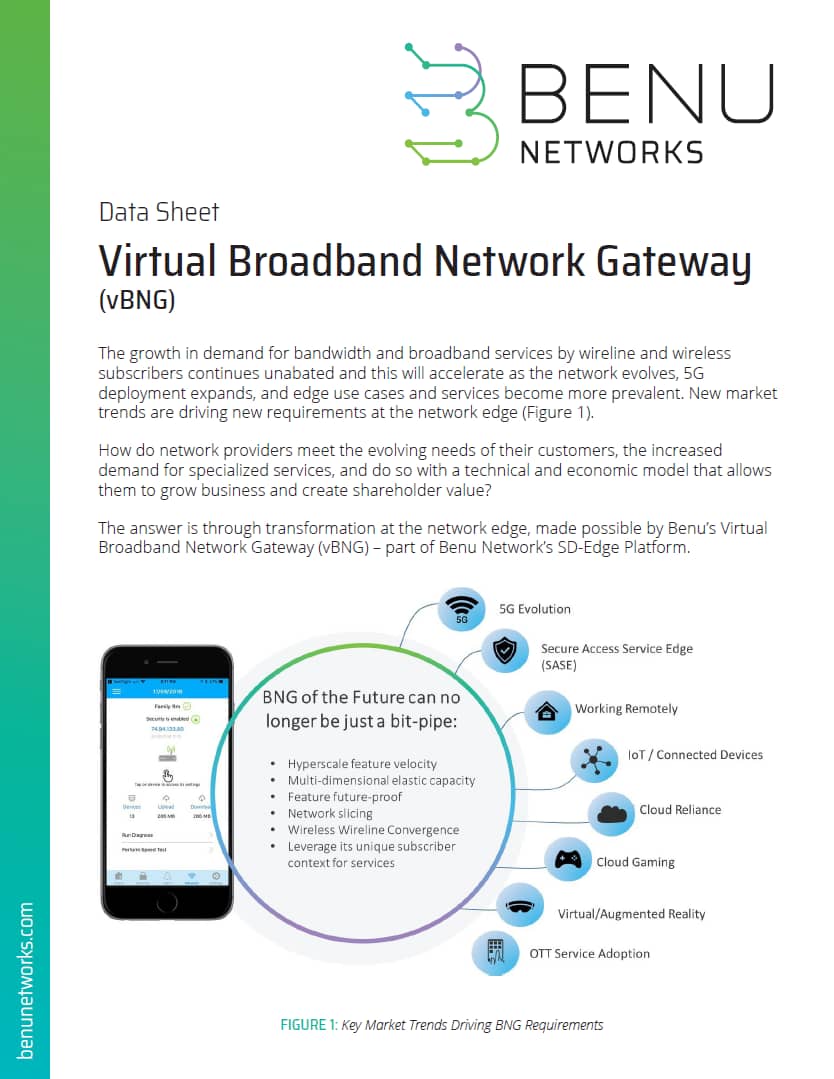 The fixed broadband network has many critical components, but the linchpin of it all is the Broadband Network Gateway (BNG).

A BNG establishes and manages subscriber sessions by acting as the authentication point through which subscribers can connect to a carrier’s broadband network. The BNG aggregates subscriber traffic from the access network and routes it to the carrier’s core network and the Internet.

All traffic in-bound from the Internet passes through the BNG on its way back to the subscriber.